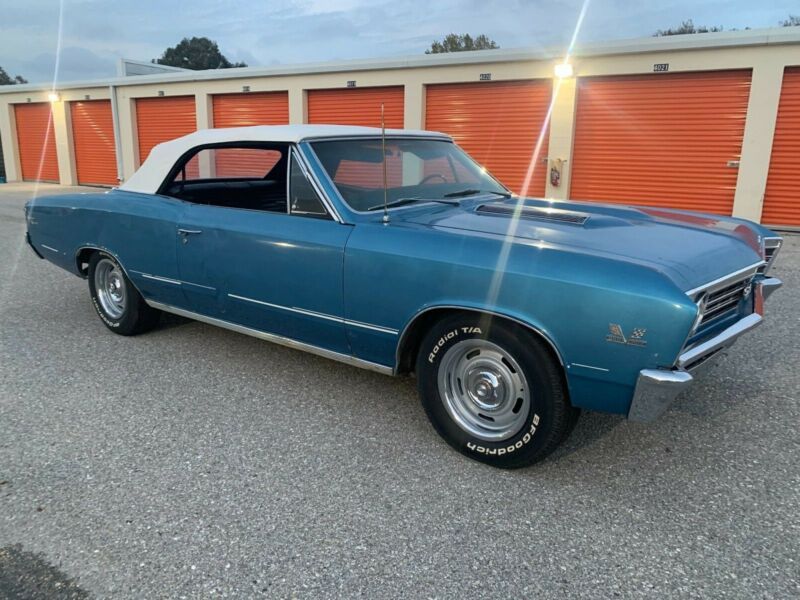 All original body panels. She rolled off the factory floor with a black imitation leather bench seat
interior! She also sports her original F-1 Marina Blue paint. I recently had the manual top replaced locally by
Innerworx interiors in her original factory color: white. The motor runs strong. Transmission shifts smooth. The
reverse lockout works as it should. The factory tach is still functional. The frame/floors/inner/outer rockers are
near perfect and RUST FREE. NO CRACKS IN DASH! Steering wheel is in great shape!

THE ONLY THINGS I HAVE DONE TO THIS CAR IS HAVE CARB REBUILT (The Big Machine) AND THE MANUAL TOP REPLACED LOCALLY
BY INNERWORX INTERIOR SHOP WHO ARE THE BEST OF THE BEST. SHE HAS NEW PLUGS, WIRES, DISTRIBUTOR CAP.