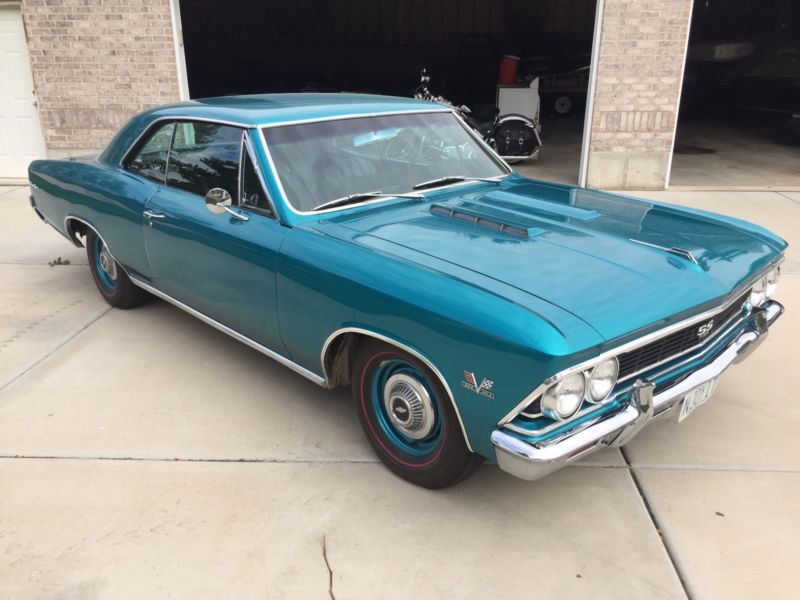 1966 Chevrolet Chevelle SS with a NOM 396 and 3 speed automatic. Car is in great shape. Runs and drives like it
should with no issues. Absolutely no ripples or rust in the body. All chrome and bright
work is straight and shinny, including the bumper guards. The interior has no tips or tears. The headliner is nice
and tight. Door panels are straight and clean. Comes with a kneeknocker tach with the original wire harness. Rear
window defogger. Tissue dispenser. AM radio with power antenna that was working until recently. A fully apporating
Jac Pac air shock system with an inner gender mounted air compressor. Air conditioning.