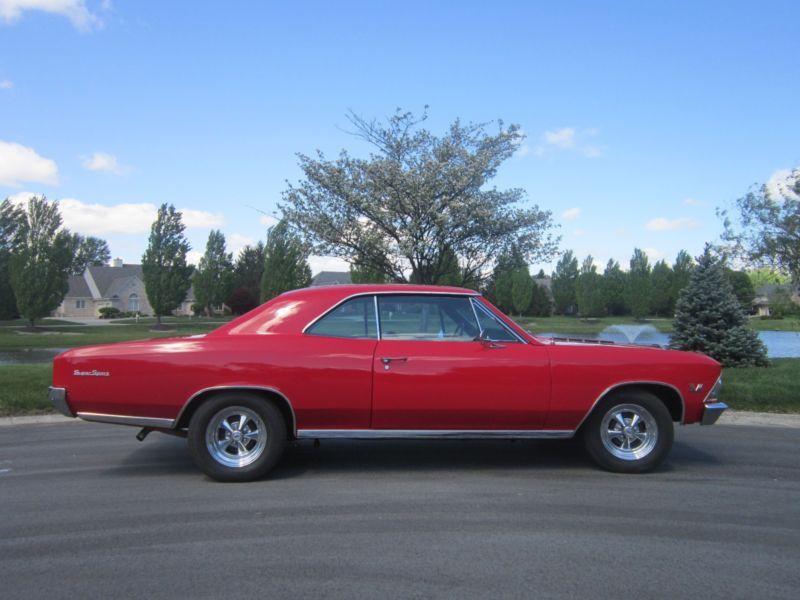 I am a private owner of this amazing 1966 Chevelle Super Sport. This is a true SS with 138 vin. I bought the car
fully restored. It has been meticulously maintained and parked in a climate controlled garage. The Chevelle
has power steering, power brakes, 502 big block at least 450hp, Muncie 22 rock crusher 4 sp manual with Hearst
shifter, 12 bolt 3.73 gears. Hooker headers, edelbrock intake manafold, holley fuel system and the list goes on.
2500 miles put on the car since restoration. Looks, runs, drives and sounds fantastic. The paint is near perfect,
maybe a few imperfections. Interior in excellent condition, everything works. The radio is a new aftermarket AM-FM.
I have the original working AM radio. Bottom line it is a fun car to own a attracts alot of attention.