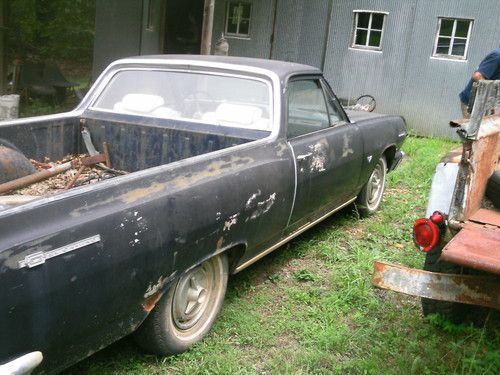 You are bidding on a 1964 Elcamino. This car is is good shape for its age and would be perfect for someone to restore or just drive the way it is. The body is pretty straight but not perfect. The worst spot on the car is a dent on the passenger side rear fender you can see it in the picture it is not very big and could be easily fixed. The car has around 90k on it. I do not think the engine is original but is a 283 and runs good This is a great deal on this car! I will be happy to answer any questions & can also provide addit.ional photos. Good luck!!! There is no reserve!!!    Local pick up only