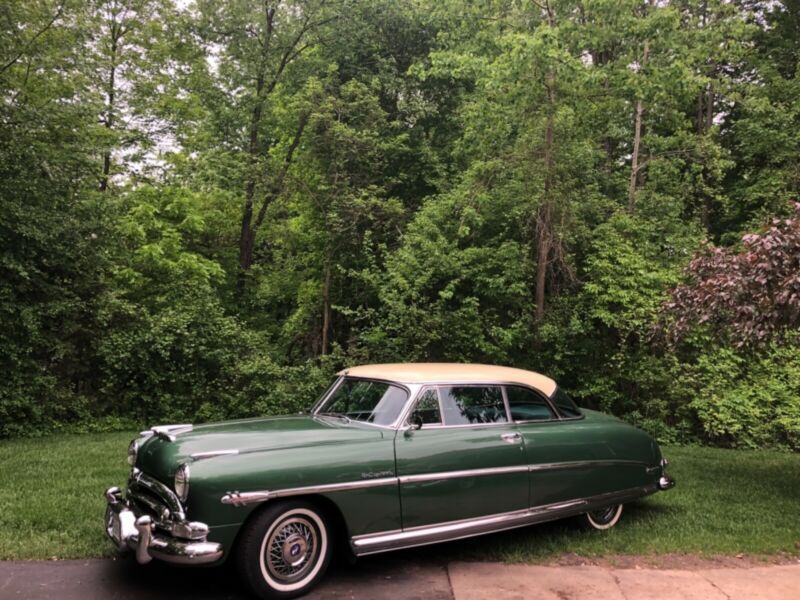 All Hornets from 1951 to 1953 were powered by Hudson's high-compression straight six H-145 engine. In 1954, power
was increased to 170 HP from 140 HP. Starting in 1952 an optional twin-H or twin one-barrel Carburetor setup was
available at an additional cost. An L head (flathead or side valve) design, at 308 cu inch (5.0L) it was the
largest displacement six-cylinder engine in the world at that time.