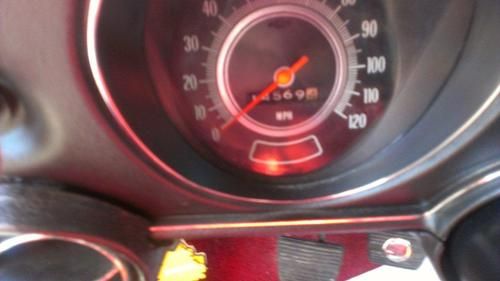 This car is in Very Good restored condition according to the appraiser, The engine is not the cars original engine but rather a very
desirable 390 H.P 427 CID Big Block V8 sourced from a 1967 Chevrolet Corvette with 14560 Miles on the engine.
Engine Information
This 1969 Chevrolet is fitted with a non-original 427 CID Big Block V8 engine.The engine is painted and equipped with a chrome
air cleaner and four barrel carburetor mounted to a factory style cast iron intake manifold. Original style chrome valve covers
are also fitted. Later 1970`s era 454 CID V8 exhaust manifolds are installed. The engine is mated to a Muncie M21 close
ratio 4-speed manual transmission.