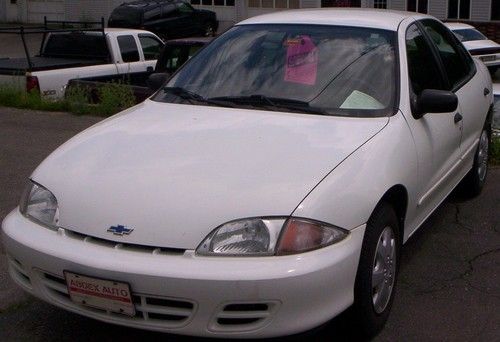 Condition: UsedA vehicle is considered used if it has been registered and issued a title. Used vehicles have had at least one previous owner. The condition of the exterior, interior and engine can vary depending on the vehicle's history. See the seller's listing for full details and description of any imperfections.Seller Notes:"This vehicle has a small oil leak and the emergency brake is frozen"

This vehicle was serviced and inspected last November, 2012. It spent the winter garaged. Its been outside since April and has been driven less than 500 miles in the last year. While sitting outside it developed a small engine oil leak and the emergency brake cable is frozen. I'm selling this vehicle to the highest bidder, AS IS - WHERE IS. I can deliver it for free, within 25 miles of Gardiner, ME. The car has a strong engine and smooth shifting transmission. This 4 door sedan should get you 35+ MPG Highway.