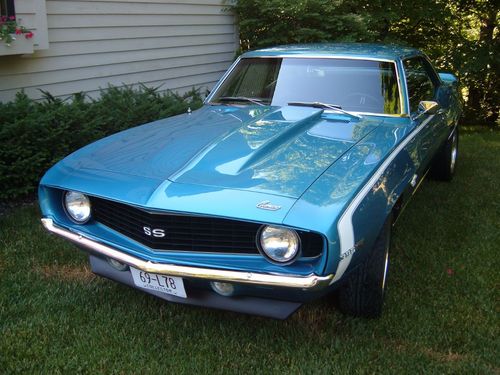 CAR WAS COMPLETELY TAKEN APART AND RESTORED WITH TONS OF NEW PARTS MOSTLY FROM RICKS 1ST GENERATION. ALL NEW PARTS ARE "CORRECT" FOR THIS CAR.

CAR HAS NEVR SEEN RAIN AND HAS 2 JUDGED AWARDS FROM LOCAL CAR SHOWS.

MOST OF THE PHOTOS SHOW THE TORQUE THRUST RIMS AND YOKOHAMA TIRES THAT CAN BE PURCHASED SEPERATELY.