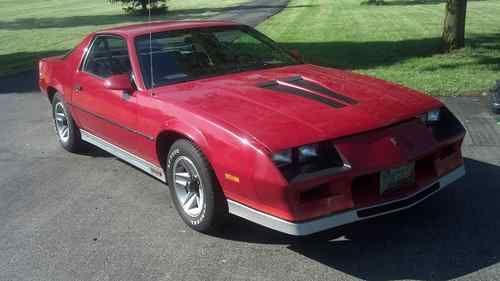 This Camaro is in very good shape for its age. Bought it from a couple who had only owned it for a week, but had to sell it in order to buy their new home. The original owner drove it on the weekends and took good care of it. Car was sold after her passing. I've replaced water pump, radiator hoses, transmission filter, temperature sensor, fan motor, tumbler, belts, and installed sony cd/radio. Everything else is orignal and the engine runs strong. Looking to sell my Camaro before I leave for Air Force Tech School. Need to sell so make an offer so I can make a sale!