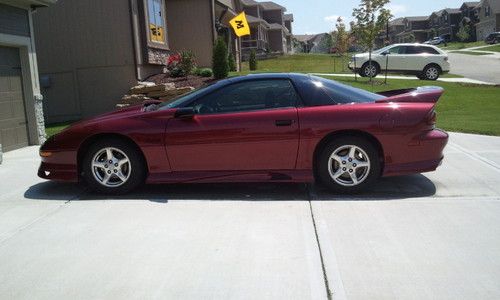 1994 Z28 Chevy Camaro up for grabs here. Garage kept and babied, this car is in excellent condition. Features custom hood, rear spoiler with LED brake light, and body kit. Recent professional paint job of original Patriot Red color, with black racing stripes. Additional features include tinted windows, Pioneer DVD navigation system (AVIC -N2 with hideaway motorized 6.5" color touchscreen), Firehawk aluminum wheels. Vehicle is very clean inside and out, as evidenced by the appearance of the engine compartment. Very sound mechanically, as this car could be safely taken on a trip across the country.

If you have any additional questions, please do not hesitate to ask. Thanks for looking, and happy bidding!