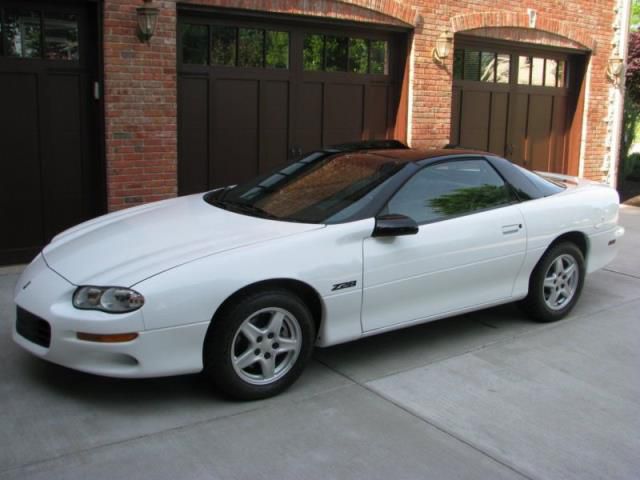 If you have any questions please feel free to email me : roryfmqleonard@yahoo.com

1998 Camaro Z28 1 LE. There were 99 made with 1LE package. It has the LS1 engine , 6 speed transmission, and the 1LE performance handling package. No power seats or windows and cloth interior. It does have air though. Less than 1600 miles . This car is 100% original and is a one owner car. This car has never seen rain or harsh weather and has been stored in a heated and air conditioned garage. there is not a scratch or mark on the car. Repeat, there is not a scratch or mark on the car. The 1 LE package includes Koni adjustable shocks, different springs, bushings , and other suspension and handling parts. As mentioned this car is 100% original. it has the original tires as well. Also the original battery is available to send in and have rebuilt. All stickers are still on the windows and doors.