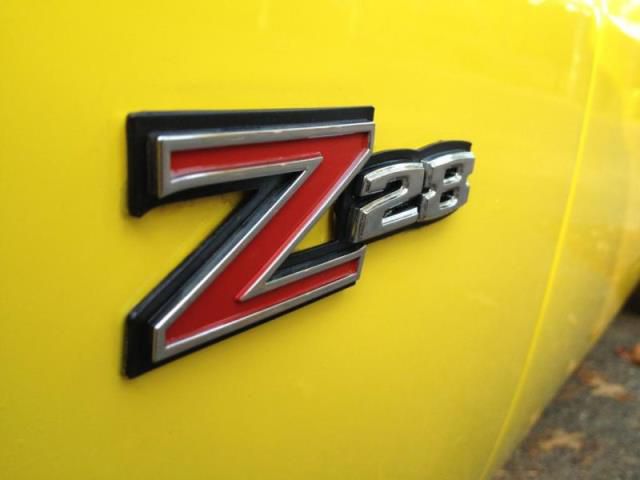 Adult owned, Garage kept 1974 Camaro Z28. I have owned this car for 22 years, and it has seen a complete rebuild in the last 5 years. This is not a show car and was built to be driven. Was painted Canary Yellow Single stage water sanded and buffed to a high finish and still looks new. New Interior which includes new reclinable seats and redone door panels. All of the interior has been dynomat'd and is very quite with minimal road noise, New Driveline with less than 12 thousand miles consisting of a ZZ4 385hp 350 richmand gear 5 speed, new positive traction unit with new axles. All brakes and tires are in excellent shape with front Discs in the front and factory drums on the back. Working Air Conditioning with brand new compressor(less than two months old)(Motor picture is right before the swap).