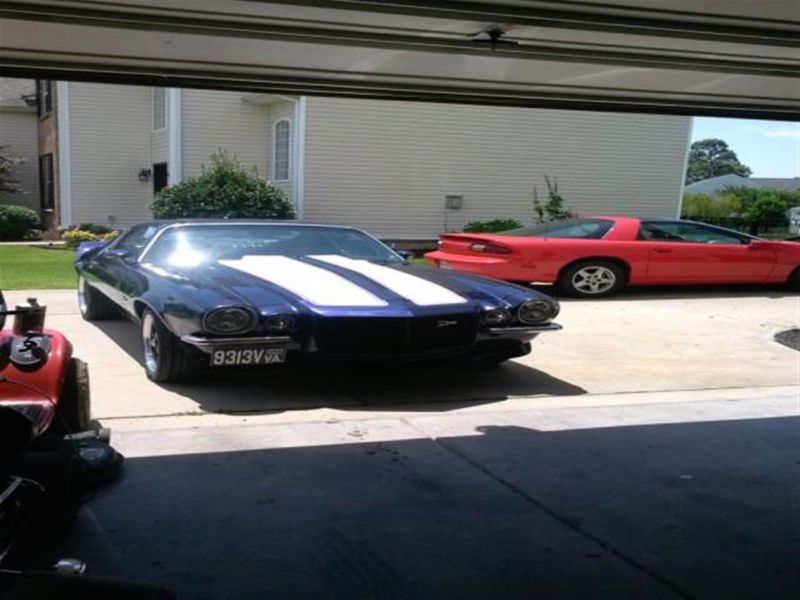 This is a real 1973 Z-28 RS 4 speed car that now has an LS2/T56 motor and trans out of a 2006 GTO. It has the 11 inch disk brake conversion on the front and the Jegs Camaro rear disk conversion as well. The wire harness was replaced with the painless Camaro harness. All brake lines and fuel lines were replaced as well. The car has a stainless steel gas tank. The car has 373 rear gear which works perfectly with the GTO geared T-56. The car was just equipped with a brand new Gen IV vintage Air System. The interior was all replaced one year ago. The car has digital driven gauges to accompny the engine upgrade. The paint is fresh on the car and it has all its original sheetmetal. This car really goes, and is a joy to drive. It has four new rim/tires 17X8 on the front and 17X9 on the back. All front steering components were either replaced or rebuilt. The car also has a new windshield. The car has a vintage looking radio AMFM with Aux jack for IPod installed that works great but fits the look.
You can email me at : reidlafeverw51@chewiemail.com