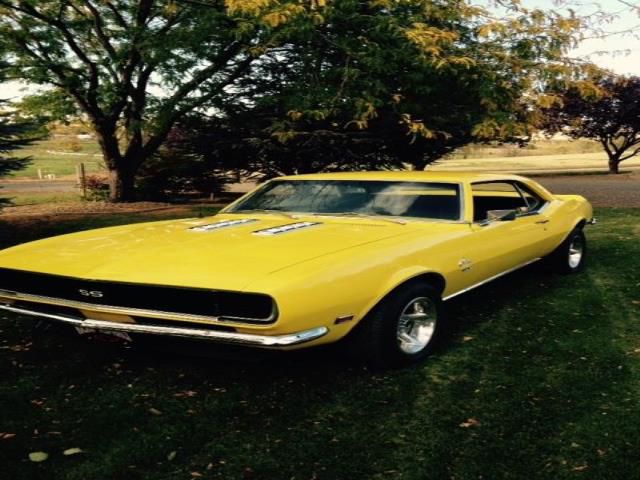 1968 Camaro True RS/SS. This car was a body off restoration 15 or so years ago. The engine is a 350 with a Edelbrock package and a mild RV cam, and the 4 speed manual transmission .Flow master dual Exhaust. Car runs and looks good. It is an older Restoration and needs to be freshened up but is a great looking car. The hide away headlights need motors but I have all the vacume hoses and parts for the new motors. Selling it because I have had it for about 18 years and never drive it. Stored in my shop and I need the room.