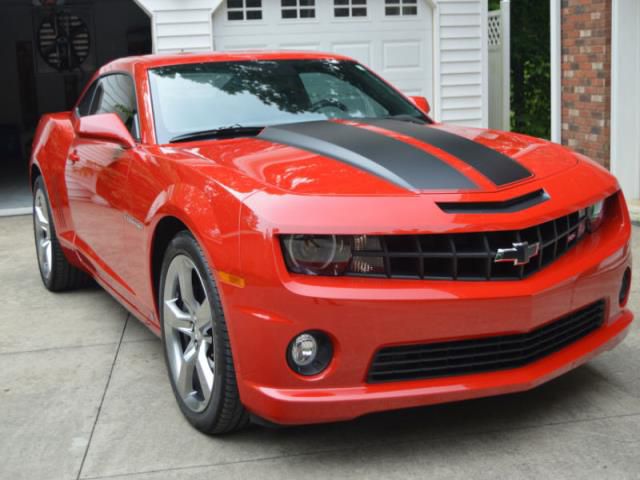 2010 Camaro RS/2SS 6 Speed Manual with 7,210 miles. One owner car, smoke free, and garage kept. This car was ordered on the first day in October 2008 that Chevy dealerships started taking deposits for the new 5th generation Camaro. Car was delivered in June 2009 with the low VIN# of 2030 and stripe packages, engine cover, subwoofer, cold air intake and performance exhaust kit were installed at the Dealership on Day 1. From there the car was primarily only driven on weekends and never abused. On top of factory options, I had the dealership add the stripe package and engine cover as RPO codes to the window sticker. The MTX subwoofer, rear cargo mat, and GM Performance Division Exhaust were ordered through the same dealership.
Any questions at : whelessamdtoney@mynet.com