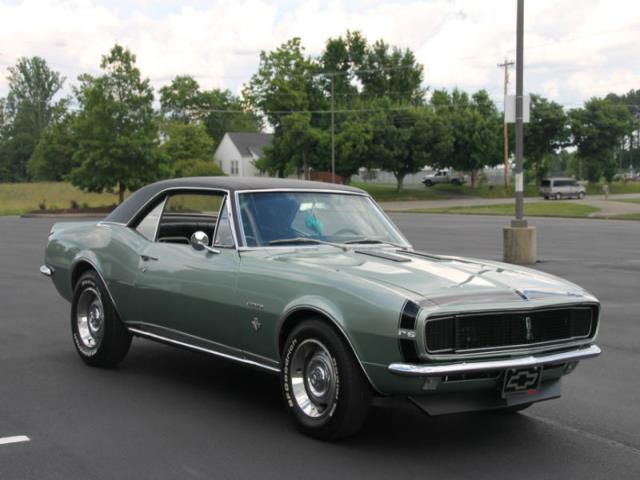 This car was originally purchased at Konners Chevrolet in Columbus Ohio on 04/06/1967 by John McClain of Columbus Ohio. I purchased the car from the second owner after searching for over a year, traveling hundreds of miles and looking at over 20 cars. I was looking for a numbers matching investment grade Camaro with documentation to prove it's history. With cash in hand, I was ready to purchase numerous times, but was never satisfied with the quality of the car until I found this one. This car is in like new condition and has always been covered AND in a garage. This car has not been driven or sat in rain in over 10 years. The motor is a 327 numbers matching small block that has been rebuilt with less that 2000 miles on it. The heads, intake, carburetor and distributor have all been upgraded to increase performance but still have a period correct look. I have all of the original parts, including the original oil can filter that will go with the car when purchased if someone wants to put the engine back completely original. The hood has also been upgraded to an SS hood, however, I also have the original mint condition hood that will go with the car.