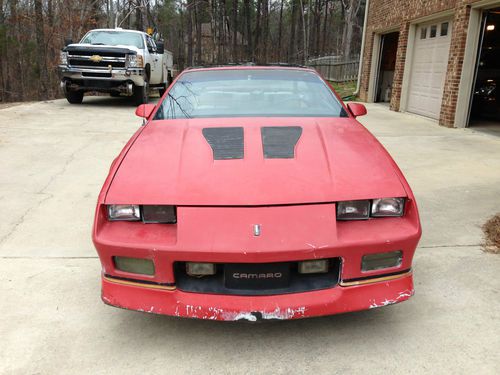 Looking for the right IROC Z, THIS IS IT!!!! Southern car with a 350 5.7 TUNEPORT engine installed last year, this car really pulls great. interior needs work, needs new carpet, seats, headliner, windshield is cracked and also needs dash pad. the body is solid and just needs painting, the car needs new suspension parts. This car is really going to make a great one for someone with a little time to put into it.