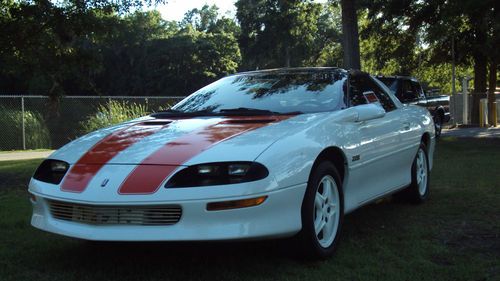 1997 30th Anniversary Z28 Camaro. Has t tops, 5.7 350 ci motor, 6 spd manual aluminum tranny, new clutch with like 5 miles on it, good tires and brakes around, there is nothing wrong with anything on car, everything works! Underneath of car is spotless. nothing on vehicle has been tampered with or upgraded from stock, just as it was off the lot. Has leather seats with some wear on drivers side. paint is in good decent shape with minimal issues, no dents dings or rust of any kind. if you have any questions with anything I can be reached at 843 822 5327. I don't ck email to often so just go ahead and call. Nick