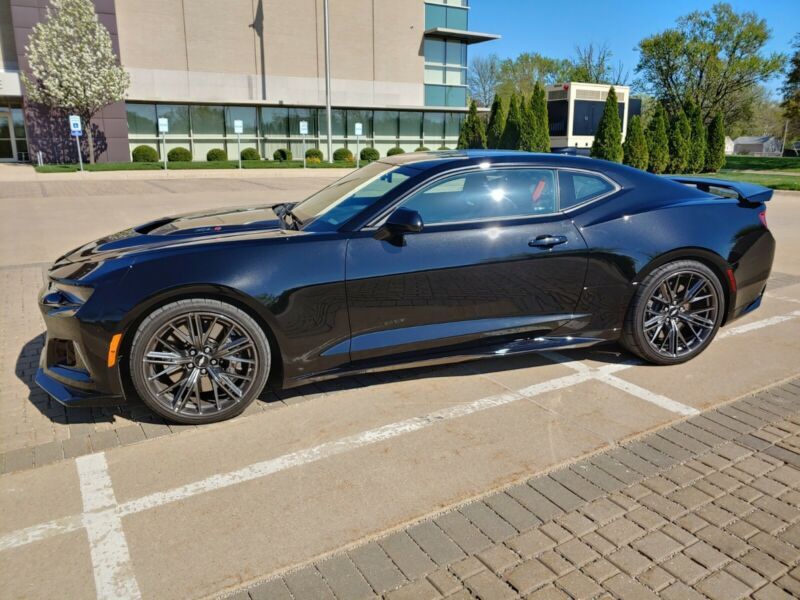 2018 Camaro ZL1 with a 6.2 liter Supercharged 650 hp engine and a 6 speed transmission!
This is my personal car and perfect in every way!! Car only has 3600 miles on it and is still under full factory
warranty! This awesome beast is loaded with all the fun stuff! Navigation, back up camera, Head up display,
Mylink Audio system with the 8" Diagonal touch screen, Active Rev Matching system, Dual mode performance exhaust,
Brembo brakes and so much more!! Hood does have the Carbon Fiber Insert.Seats have heat and ventilation and are
leather with suede inserts! This car was built to not disappoint! I also have a custom ZL1 car cover that will
come with the car.