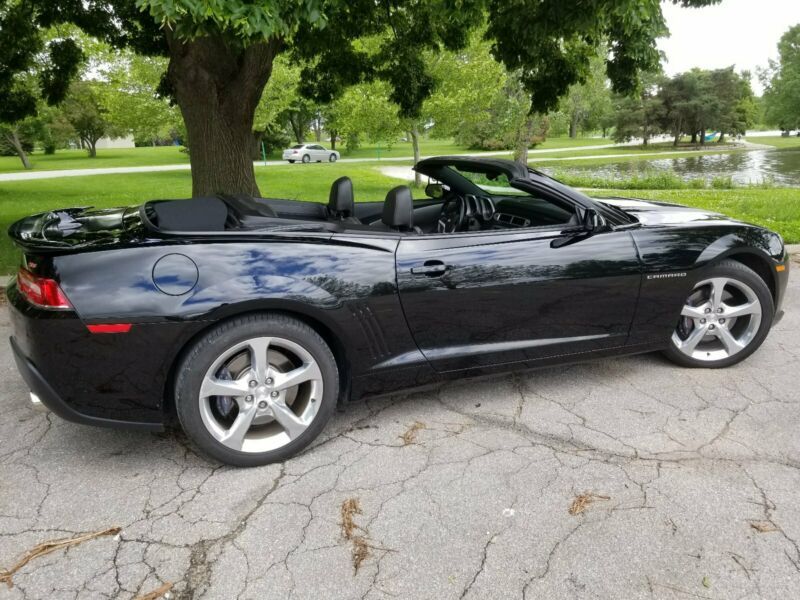 2015 2SS Chevy Camaro Convertible, One Owner, only 12k original miles! Beautiful gray striping was frequently
complimented on at the local car shows. We have all original paperwork showing 49k purchase brand new from the
dealership. Downsizing, so that is the reason for the sale. This car was a true garage queen, not a scratch or
chip to be found! Runs and looks just as it did off of the showroom floor. Never seen rain or snow, spending most
of its life under a car cover in the garage. Interior is also flawless & loaded with all of the 2SS goodies
including leather and heated seats, touch screen navigation, rear back up camera, heads up display, and premium
sound. Title is clean and clear, never an accident. Tires still have great tread life left, always adult driven
and never raced. Still has factory warranty...but you won't need it...this car has always been meticulously
maintained.