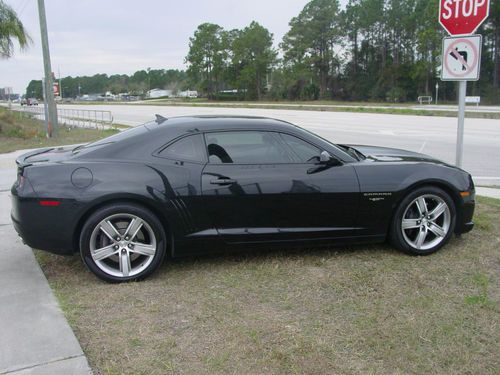 FOR SALE IS THE OWNERS PERSONAL 2012 CHEVY 45TH ANNIVERSARY CAMARO!!! This car is like brand new and needs nothing. Is fully loaded with full power package, Heads up display, back-up camera, turn by turn navigation, has the big motor, and more...too much to list. Still under factory warranty.