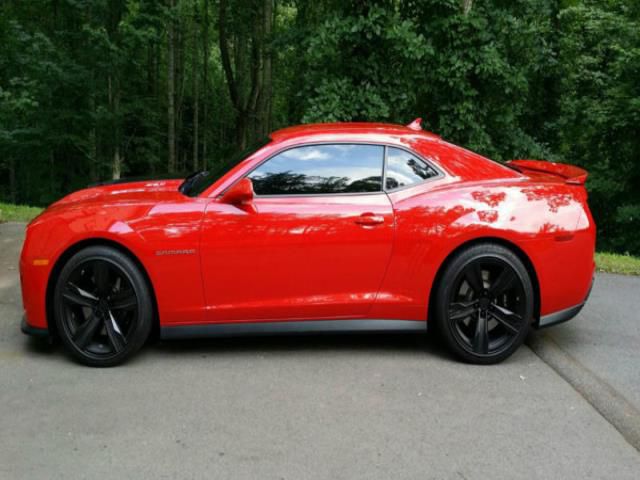 Up for auction is my 2012 Chevrolet ZL1 Camaro 158 of 1971 produced in 2012. This car is powered by 6.2 liter supercharged V8 producing 580 horsepower from the factory. I have made a few minor modifications to the car including a 2.55 upper supercharger pulley with solid isolator along with a Roto-fab cold air induction kit. With these 2 upgrades the car now makes 605 rear wheel horse power. The car is accident free and is garage kept, driven only on sunny, dry days. The interior of the car is immaculate and non-smoker. The car's Victory Red paint is in great shape with zero paint work. The window sticker is $57,265.00 and is included with this sale as well as both key FOBs and original literature. This is Chevrolet's most sophisticated Camaro; built with 5 modes of performance traction management, Brembo brake system, launch control, no lift shift, and the most powerful V8 ever in a production Camaro. This car is ready for the street, track, or drag strip! I just completed its 4th oil change at my local Chevrolet dealership using Mobile-1 synthetic.