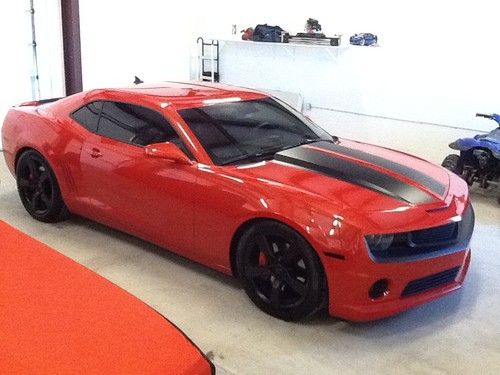 This car is very clean and very fast.  It has always been garaged.  It has won numerous car show awards.  Lots of custom extras: 630hp LS3 V8 turbo charged by Turbonotics of Las Vegas, NV.  2" lower kit.  Hurst short link shifter kit.  Custom smoked lights all around.  Custom orange LED halo lights in head lights and fog lights.  Invisible bra in ALL the right places.  Custom painted wheels and calipers.  Orange interior rope light.  HUD (heads up display).  Comes with extra set of 20" Camaro wheels and custom car by Cover King.  She is an eyeful of candy that moves like a rocket!!