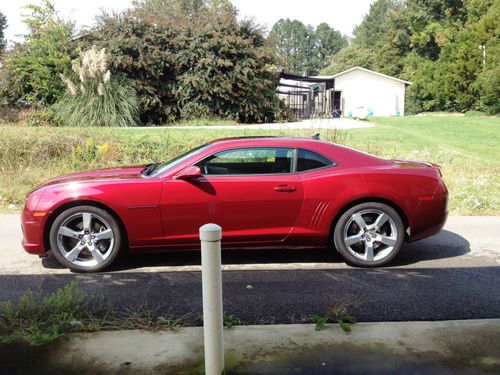 2011 Chevy Camaro 2SS in red jewel tintcoat with low miles. The car has the 6.2L V8 putting out 400hp and an automatic transmission. The car also includes the RS package and heads up display. The car was bought new by me in July, 2010 and has always been garaged. Absolutely perfect condition inside and out with no mechanical issues. The car is averaging 19.6 mpg city. I have all service records.