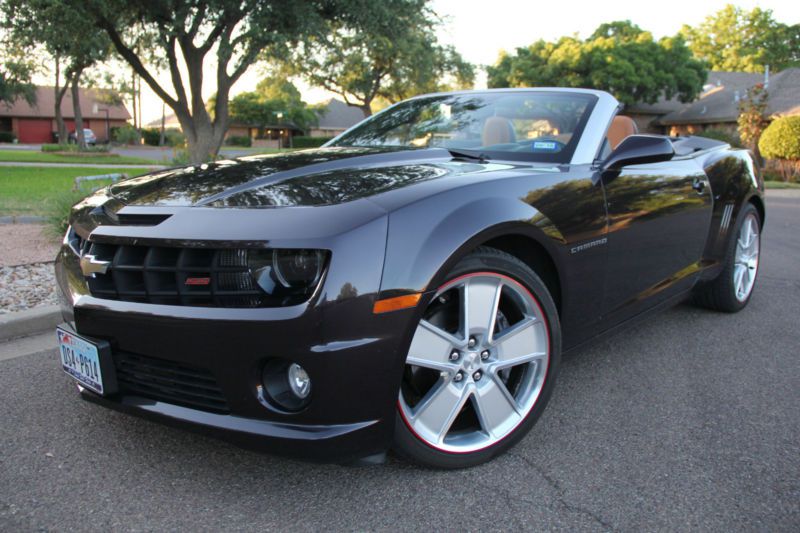 For more pictures email at: codycwwixom@ukuni.com .

This Camaro is the perfect combination of fun, power, and good enough mileage to use as an everyday driver! If you
are unfamiliar with this special edition, Google the Neiman Marcus Camaro to learn more. The short version is that
this was one of only 100 listed on their online Christmas catalog to celebrate the return of the convertible to the
new body style. It is so stunning that they sold out in less than three minutes - at a price of $75,000!!
Loaded with heads-up display, heated perforated tan leather seats with red stitching, Deep Bordeaux metallic paint
with matching burgundy convertible top, metallic windshield trim, and the great 21" wheels. Never wrecked or
abused, new Pirelli tires all around, and kept completely stock as it was delivered. This car is a blast to drive
and always get complements. Chances are it will be the only one in your town.