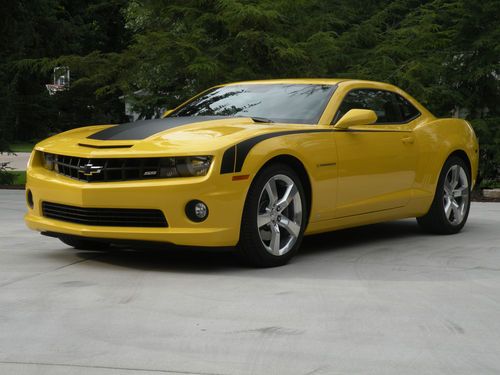 2010 Camaro 2SS Yellow with black hockey stripe package. THIS CAR IS PERFECT. It has never been in the rain ! Let alone the snow.It has a couple bolt ons, Borla exhaust, Hennessy Air intake tuned ECM and black bowties in the grill and trunk lid. Just enough to give it a great sound and give it a little more fuel and air over the stock car. Power roof, 20" wheels, OEM car cover, this car is perfect and beautiful. The pictures speak for themselves.