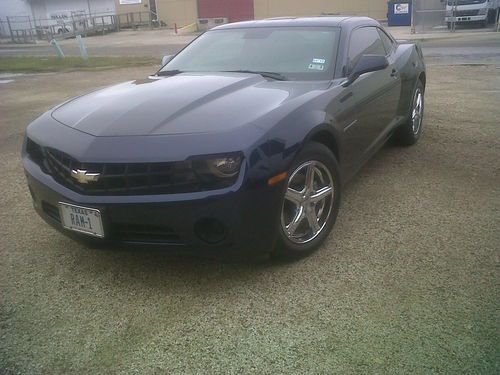 FOR SALE 2010 CAMARO BLUE . WIFE HAVING A BABY CAR HAS TO GO. BUYER PAYS ALL SHIPPING NO RETURN THANKS HAPPY BIDDING YOU HAVE ANY QUESTIONS LEAVE A MESSAGE ON 3618764895. OR ramiro6729@att.net ONCE I SELL THE CAR WILL PAY THE REMAINING LOAN OFF. WILL RECEIVE CLEAR TITLE . WILL FEDX TITLE NEXT WHEN RECEIVE USUALLY WEEK AND A HALF. THANKS