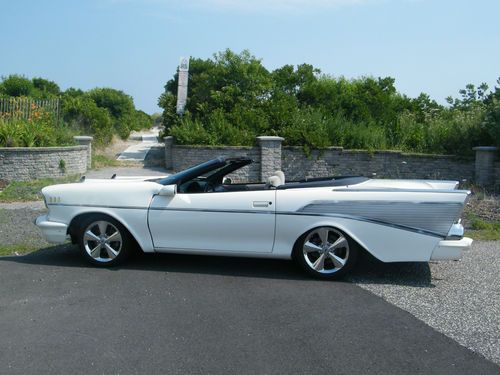 2002 camaro/57 chevy kit car runs great 6 cylinder cruser the kit runs about 6500.00 to buy and 60 hours in labor to insall. interior is in great shape and turns heads where ever you go with it.the camaro is a 35 th anniversary model has all the extras in it.truly a nice car. it will need a new gas line that is located in the left fin to the gas tank refitted to allow the gas to flow freely.any questions call nick at 609 7056232