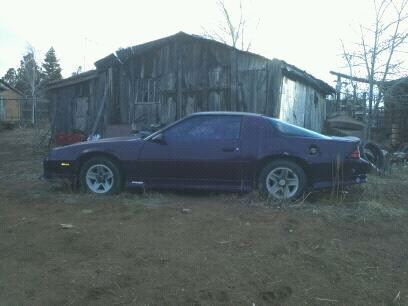 Condition: UsedA vehicle is considered used if it has been registered and issued a title. Used vehicles have had at least one previous owner. The condition of the exterior, interior and engine can vary depending on the vehicle's history. See the seller's listing for full details and description of any imperfections.Seller Notes:"We had to bypass the security, it needs a paint job and some interior work."

We are selling our 1992 Chevy Camaro, it is a V6 5 speed manual transmission, clear title,we had to bypass the security, it needs exterior paint and interior work, we have started and driven it within the last the last 2 weeks, it is available for local pick up only, which means in state! No second or third party buyers or pick ups available. Asking $2500 OBO. It is located in Las Vegas, NM.