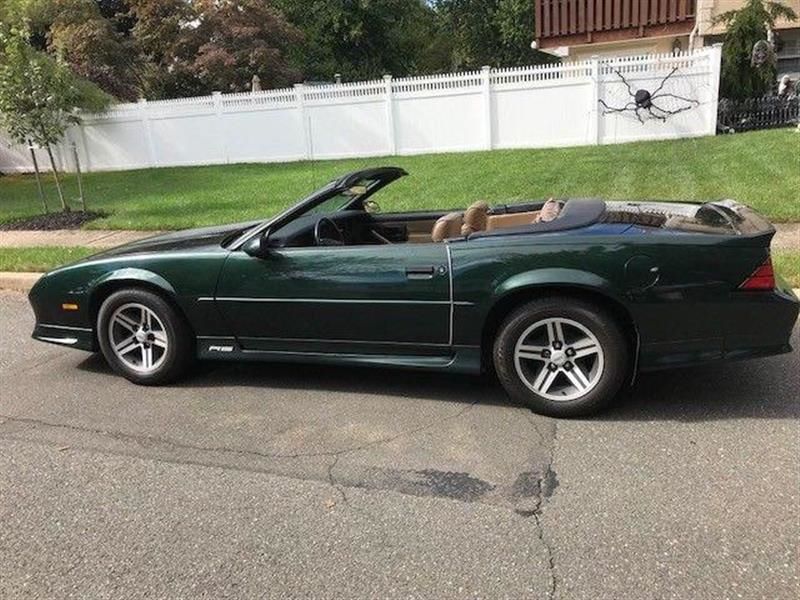 eMail me for more details : RuthieMeluginm3c9zpam@yahoo.com For Sale Is A 1992 Anniversary Rs Camaro With 51,000 Miles On It. This Is AReally Nice Car. The Car Is All Stock. Runs Like New. The Camaro Has A New TopOn It.brand New Exhaust System. Engine Is Original Along With The Is Real Nice With Leather Seats. I Have Had This Car For Three Years. IWas Going To Give It To My Son Who Is Going To Be 17 Next Year But I Do NotThink He Will Keep It In The Shape That It Is In Now. Everything Works. Look AtAll The Pictures. The Drivers Seat Has Two Little Scuff Marks On It. This Car IsRegistered And I Drive It Occasionally. You Are Welcome. To Come See The Car AndTest Drive It.i Will Ship But The Buyer Pays The Shipping