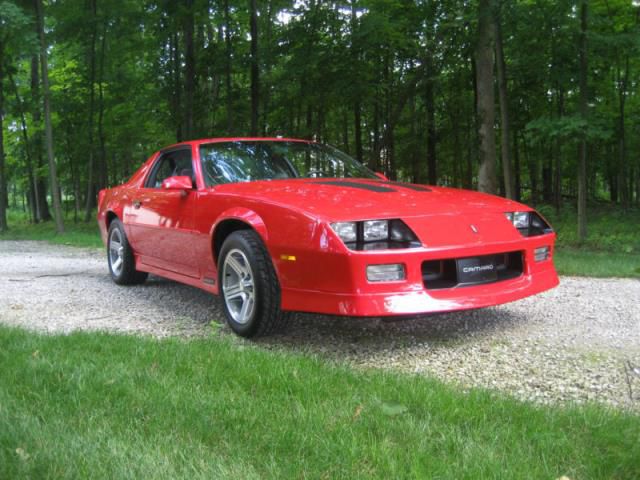 class=""> 1990 CAMARO IROC “1LE” 5 Speed Very Rare 1 of 34 Built. The COPO Camaro for 1990. The “1LE” package was developed so that Chevrolet would be competitive in the SCCA Showroom Stock Racing Series. The “1LE” package would be included when the IROC was ordered with the G92 Performance Rear Axle, G80 Limited Slip 3.42 rear axle and Air Conditioning was not ordered. The “1LE” optioned cars are the COPO Camaro’s of their era. “1LE” Option included: • 4-wheel disc brakes • 3.42 posi-traction rear end • Aluminum drive shaft • 12” front rotors • Corvette aluminum calipers • Engine oil cooler • Larger anti-roll bars • Koni shock absorbers • Fuel tank baffles • Fog lamps were deleted for weight savings and better air flow to the radiator This Camaro was also ordered with RPO DX3 decal and stripe delete. This car is 27 of 34 1990 IROC-Z Camaro’s built with the “1LE” package and 5-speed transmission. Most of the 1990 IROC 1LE's were raced and thrashed. Mine is one of a handful that were never raced. This car is documented in the 1LE Registry. I have a copy of the original factory invoice. This car is a low mileage original car, but not so low that you can't drive it.