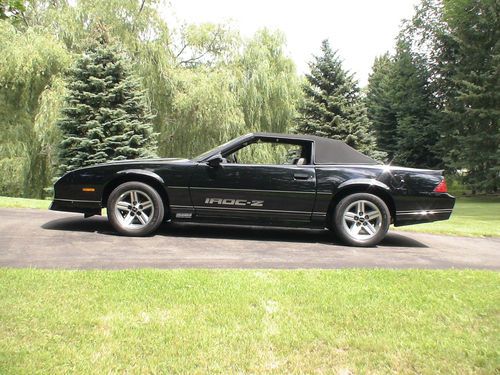 Purchased new for our 10th anniversary. Every Chevy dealer we went to told us there was no such thing as a Camaro convertible. Never driven in rain or snow. Photos of car with original and current owners at ASC before conversion.

As close to new as possible, some minor scratches from 26 years of storage.