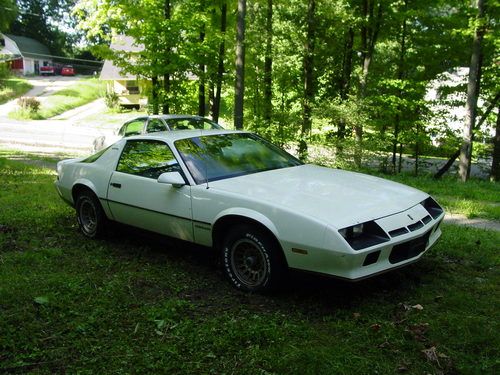 Condition: Used: A vehicle is considered used if it has been registered and issued a title. Used vehicles have had at least one previous owner. The condition of the exterior, interior and engine can vary depending on the vehicle's history. See the seller's listing for full details and description of any imperfections. ...
1982 Chevy Camaro Berlinetta
I have an 82 Camaro up for sale with 76k miles on it.
I have done some work to it including:
Spark Plugs and Wires
Air Filter
Distributor Cap/Rotor
Battery
Alternator
Oil Change
Transmission filter/fluid
Flowmaster Exhaust
Front and rear drums and shoes
It will need new tires and the radiator just started leaking once the engine warms up. Also needs a speedometer cable.
Other than that the car is very solid for being an 82. If you have any question give me a call 269-808-0460 or shoot me an email.