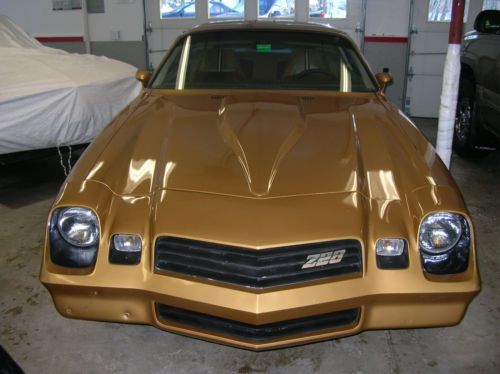 Condition:
Used: A vehicle is considered used if it has been registered and issued a title. Used vehicles have had at least one previous owner. The condition of the exterior, interior and engine can vary depending on the vehicle's history. See the seller's listing for full details and description of any imperfections. ...
VIN (Vehicle Identification Number): 1G1AP87L0BL144463
Year: 1981
Interior Color: Light Sandstone
Make: Chevrolet
Number of Cylinders: 8
Model: Camaro
Trim: Hardtop
Warranty: Vehicle does NOT have an existing warranty
Drive Type: Rear Wheel
Options: Sunroof
Mileage: 59,648
Power Options: Air Conditioning, Cruise Control
Sub Model: Z28
Exterior Color: Gold