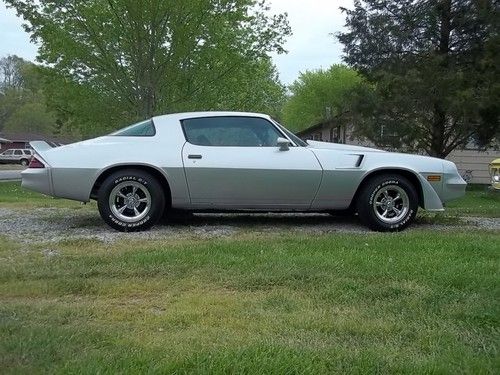 Condition: Used: A vehicle is considered used if it has been registered and issued a title. Used vehicles have had at least one previous owner. The condition of the exterior, interior and engine can vary depending on the vehicle's history. See the seller's listing for full details and description of any imperfections. ...
Awesome Z/28 restored with less than a thousand miles on it, silver with black stripes, new black interior, 396 450+ hp, 400 turbo with shift kit, 411 pos. tract rear end, this car is bad fast, runs, drives and rides like new, new motor, trans, rear end, frame connectors, ladder bars, b&m quick sliver ratchet shifter, phantom gages, rims & tires, brakes, rotors, gas tank, etc. etc.very straight and rust free car, clean and clear Wv title in hand, if interested or need more info call 304-545-3433 no calls after 10:00 p.m., thanks.