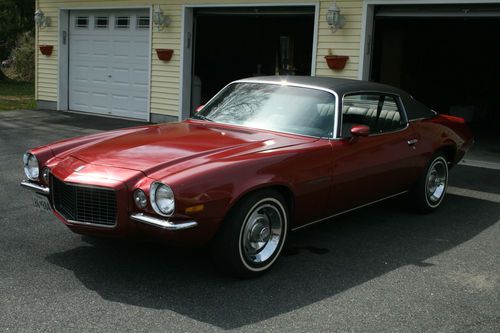 Very nice 70 Rally Sport that I bought 7 years ago. I updated the car because I had no plans to ever sell it but bought an 1865 Mansion which I am restoring and need to sell a few of my cars. This car was originally white but I thought this color was much nicer. The paint job is somewhat subpar I believe, and I have not taken it back to be buffed out but it a nice driver.

This really is a very nice vehicle. It certainly turns heads everywhere. My family is having a fit because I'm selling it but I have to be reasonable about my priorities and finishing off the new house.

Please feel free to contact me with any questions.