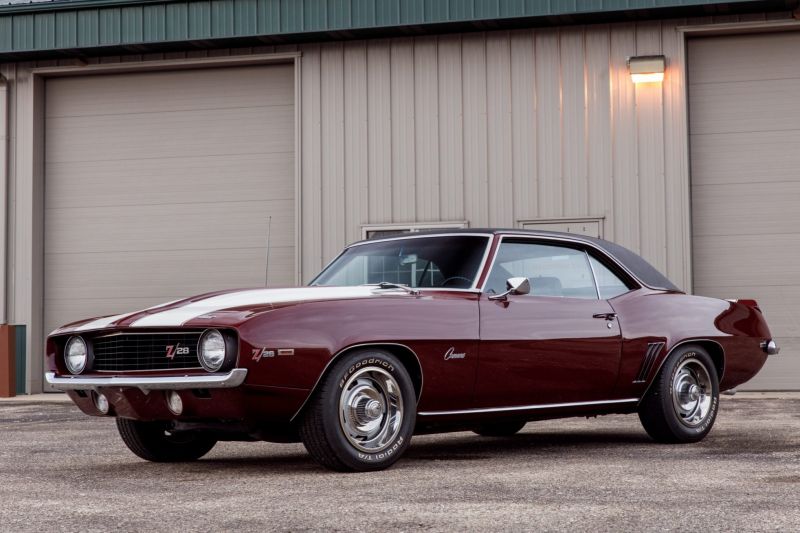 My eMail : hardinsmguyen@gmail.com This rare 1969 Chevrolet Camaro Z 28 is finished in burgundy with white stripes over a black interior and powered by a 302ci V8 paired with a Muncie M22 four-speed manual transmission. Additional equipment includes 15" Rally wheels, a cowl-induction hood, a rear spoiler, front disc brakes, a dual exhaust system, a Hurst shifter, and an AM radio.