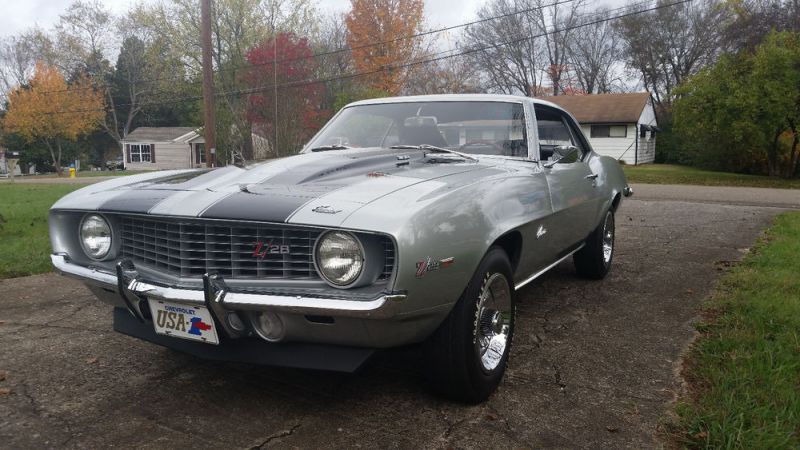 For more details email me at: daniellesilvano@africamel.net .

Concours Restored authentic 1969 X-77 Camaro Z/28.
A correct and flawless repaint in original Cortez Silver and black stripes were professionally applied. The car has all of its original body panels, floors & trunk pans and they are perfect. Car is an original D80 with front & rear bumper guards. The interior is excellent. Front and rear seats are original vinyl upholstered from the factory as is the dash pad. Door panels and carpet have been replaced. This Z/28 still has its original Tach, Console, and Gauges. AM/FM radio works and sounds great. A rosewood steering wheel was added. 4 Speed shifter and handle are original. Under the hood, the original DZ302 has been totally rebuilt to stock specs (11:1 compression, factory solid lifter cam, original 010 block, 186 heads, aluminum intake, etc.) Even the 69 Z/28 smog system has been totally restored and is functional. The car runs and drives like a new 69 Z/28.