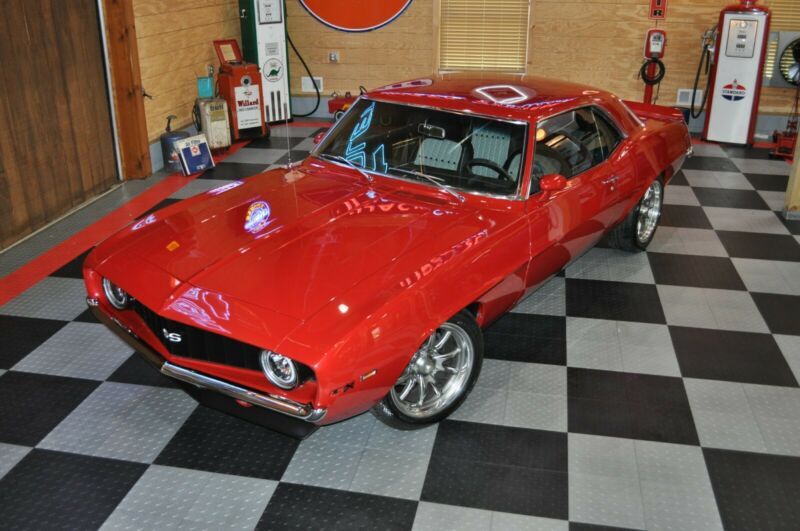 Powered by a High Performance Upgraded Fuel Injected 5.7L LS1 Engine and a Tremec T56 6-Speed Transmission, this
car well exceeds the Torque/Horsepower of a Big Block yet has the highway fuel mileage of a modern car! Quietly
cruise in 6th Gear or drop it down in 2nd or 3rd and throw you and your passengers back into your seats upon wide
open throttle! Quick acceleration and amazing handling/performance is one of the perks of having a FACTORY ALL
ALUMINUM LS Engine with a OBD II ECU/Computer System to keep it running top notch.

Comfort is not even a question about this car. All New Vintage Air Ice Cold Air Conditioning is present along with
Power Windows, All New Suspension FRONT TO REAR, Modern Power Steering, 4-Wheel Power Disc Brakes, and a Completely
Refurbished Houndstooth Bucket Seat Interior. This car truly drives, handles, and feels like a new car BUT has that
classic, old school muscle car stance and appearance.