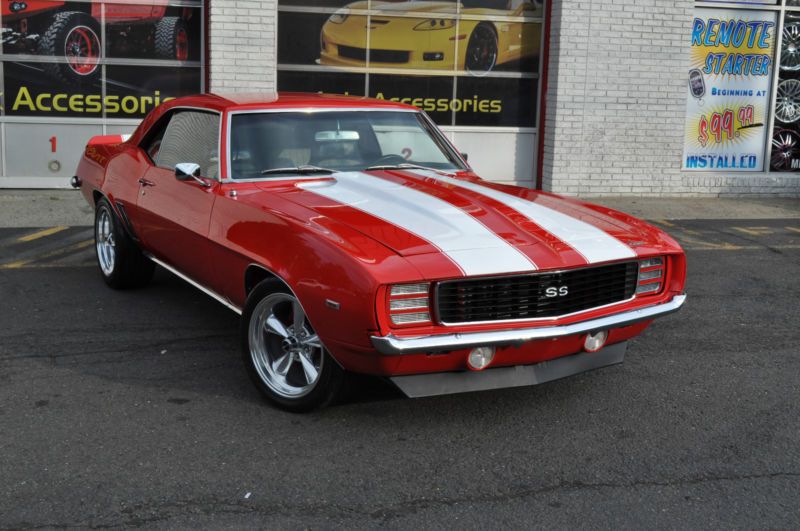 This 1969 Camaro RS SS Big Block is one true Resto Mod Masterpiece. This restoration was extremely detailed as
there were no expenses spared! This car presents beautifully and drives just as great as it looks. The Red Paint
shines like new on this laser straight body as the car was fully frame off restored finished years ago. The frame &
suspension is fully powder-coated in a white finish. The car runs very strong and is very fast! It has a EARTH
SHATTERING! Fully Built 454 Big Block motor along with a 200R 4-Speed Automatic Built Transmission. The car has
many options such as the Factory Console w/ Factory Gauges & Clock, Front Disc Brakes, Power Steering, Deluxe
Houndstooth Interior in great condition, Hooker High Performance Headers, Grant Steering Wheel, Rare "RS" RPM
gauges, & Much more! This car has many new parts including: All new suspension & bushings, 3" Custom Dual Exhaust,
everything on this car is almost new as the frame off restoration was done not many years ago. It has a Custom
Radio with Ipod Hookup & a full sound system with upgraded speakers that sound great and crank up high. It has all
new body panels as this was part of the meticulous restoration.The car drives very tight and straight and is not
only a show car but can be driven long distances with ease.