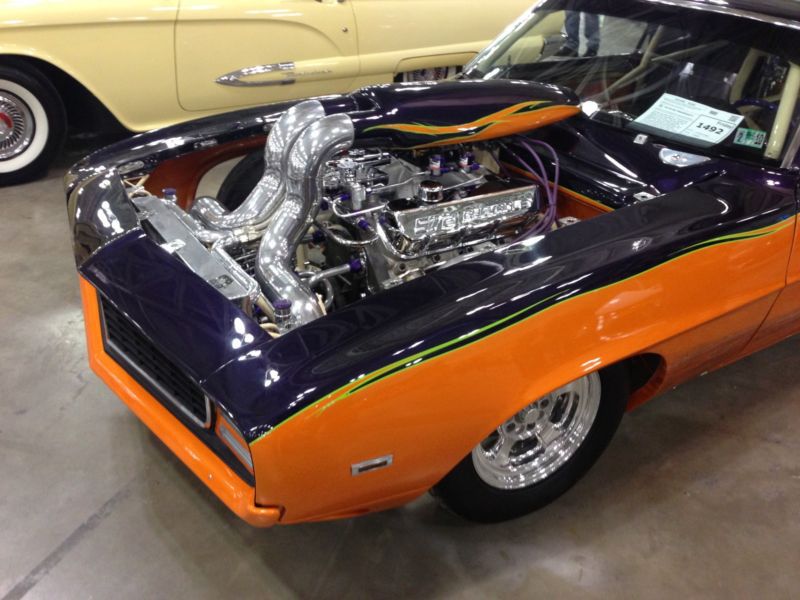 Please email me with any questions or requests for additional pics or something specific at: gandolfi82@zoho.com .

1969 Camaro - Fully Custom Tube Chassis - 1 off
Car has over $150,000 invested. Have all receipts and pictures from start of build to finish. (to much to post).
Car was built by Way Cool Rod Shop in Lancaster, PA.
Car has fresh 572 big block from GM (the high horse power motor 720 horse) with 2 stage Wilson nitrous set up,
which has never been used.
Certified Chassis for 6.50's
Turbo 400 ATI trans
All aerospace components all the way around
Full chrome molly chassis from front to back
Everything on car is steel, shaved door handles
Only item on car that is fiber glass is hood and dash board
Full rocker arm custom suspension with tubular A arms
Must see car in person to appreciate
If you are looking for one of the best pro street builds in the country this would be the one. I have won a ton of
1st places at local car shows.

Out In Front Performance ★★★★★