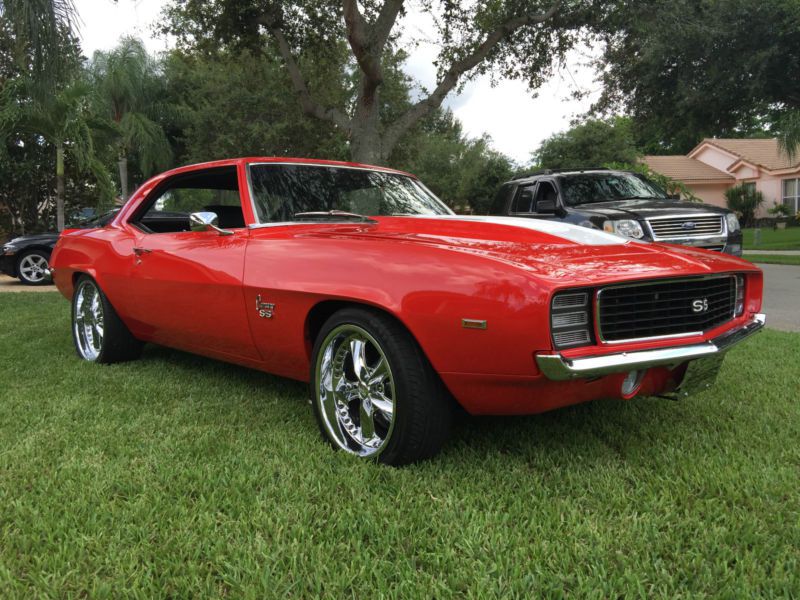 For more details email me at: vanessavggyaki@nomorekids.com .

Beautiful 1969 Chevy Camaro SS/RS. This was the last of the 1st Generation Camaros. It’s one of the most iconic cars ever built. The body is rock solid and Laser straight with good lines and fit of the panels. It has the Steel 2” Cowl hood with front and rear spoilers along with the RS Package. Everything is covered in the viper red, which is accented by the single white Stripe that is under the clear. The paint on this car is absolutely stunning with a deep rich shine. Both quarter panels, rocker panels and rear tail panel were replaced. All the glass looks good along with new stainless steel moldings . Also all the weather stripping are all brand new. New GM grille with electric hideaway lights. This Camaro has brand new outside dual Mirrors, door handles and has the SS emblems. All the chrome is new. The final touch is the New set of 18” and 20” Foose Wheels and new tires.