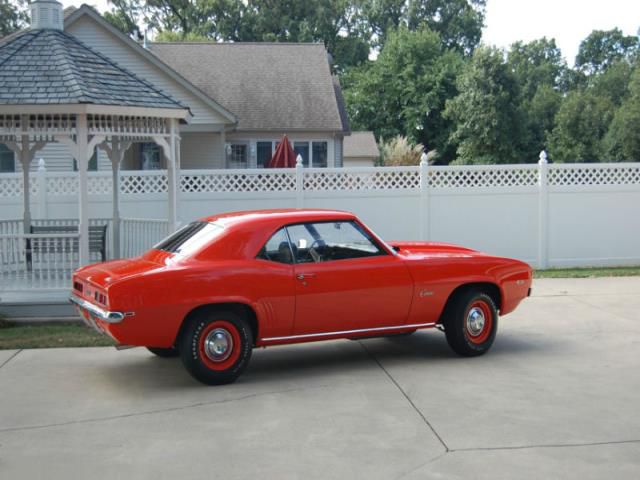 1969 Camaro ZL1 Professional frame off restoration on this completely rust free never patched car (never rusted). After selling my real ZL1 and then watching the prices go through the roof I decided to build one and restore it the way it should be. This car is not an original ZL1 camaro but I built it to be an exact replica of the real ZL1s built in 1969. Everything has been rebuilt or new old stock. This car was a factory floor shift car so the floor has the original torch cut hole, originally an X44 hugger orange car. The motor is built to the correct specs with 12:1 compression, 7/16" rods, solid lifter cam, transistorized distributor with the correct amplifier behind the front grill, 074 heads, 198 intake, NOS carb, original GM valve covers, complete smog system with correct white fan, deep groove pulleys, M21, BE 4:10 posi 12 bolt. All the glass is new clear date coded to match. The paint is lacquer not base coat clear coat. New old stock hub caps, with correct wide tread rubber.