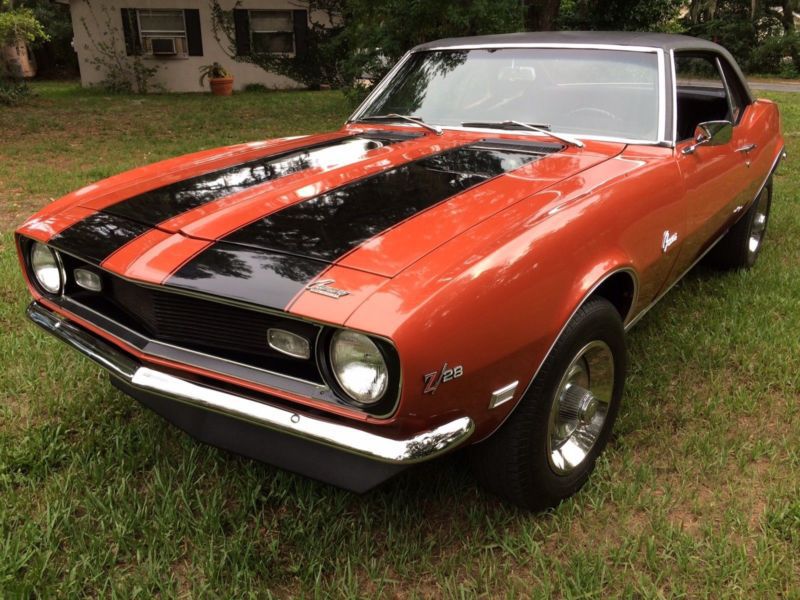 I do not have Documentation confirming its originality, but I can tell you what it does have and it points to it being correct. This car has the original '68 Four Piston front disc brakes with the Original Two Piece front rotors, ( not reproductions, orig.GM two piece rotors ) The correct proportioning valve that looks like its has never been touched or replaced. It also has a new cadium plated brake booster.

The engine is not the correct MO 302 but has a replacement 1969 DZ302 shortblock that has been decked. Casting is 3970010. Not sure about short block, just what was told to me. The longblock is all correct Z28 components with the double hump / camel heads with a GM Aluminium intake part # 3917610 with the winters snow flake on it. Oil fill tube with S cap and correct thermostat housing. The correct GM chrome valve covers with the "O" stamped on each. All pulleys are correct Deep Groove , and the Correct Z28 only alternator brackets and a 780cfm GM Holley carb, # 3923289-DZ List 4053. It has correct GM stamped hoses, the right spring ring and tower hose clamps and GM Stamped heater hoses, and a correct gm fan shroud and five blade clutch fan.