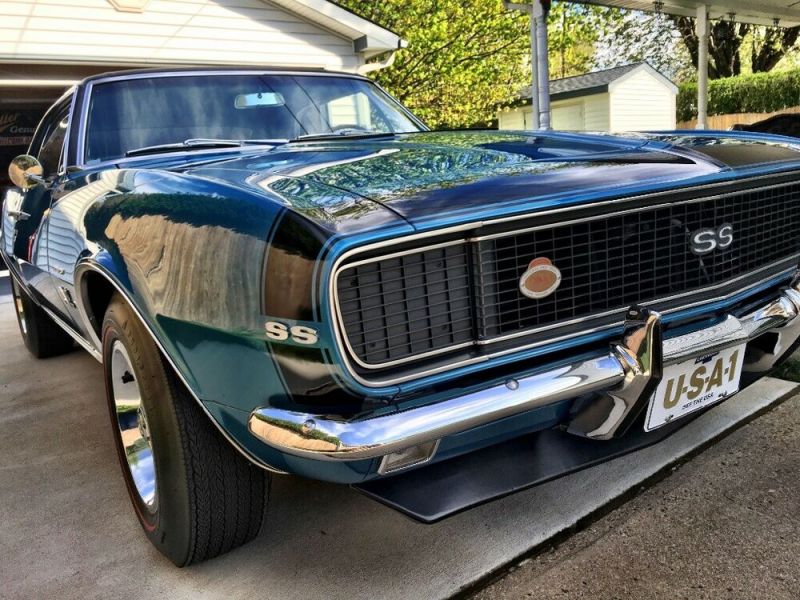 Here’s your chance to own American muscle 1967 true RSSS Camaro. It is an original RSSS Camaro, the original owner transformed the RSSS 350 into an RSSS 396 everything is correct painstakingly re-create it for a big block clone. The previous owner did it so correctly that it want to Concourse badge. The original color should be blue but the original owner changed it to white bucket seats and white door panels it is a true deluxe interior car true for speed through rear defogger through till wheel true trim package. The Camaro is completely and correct.