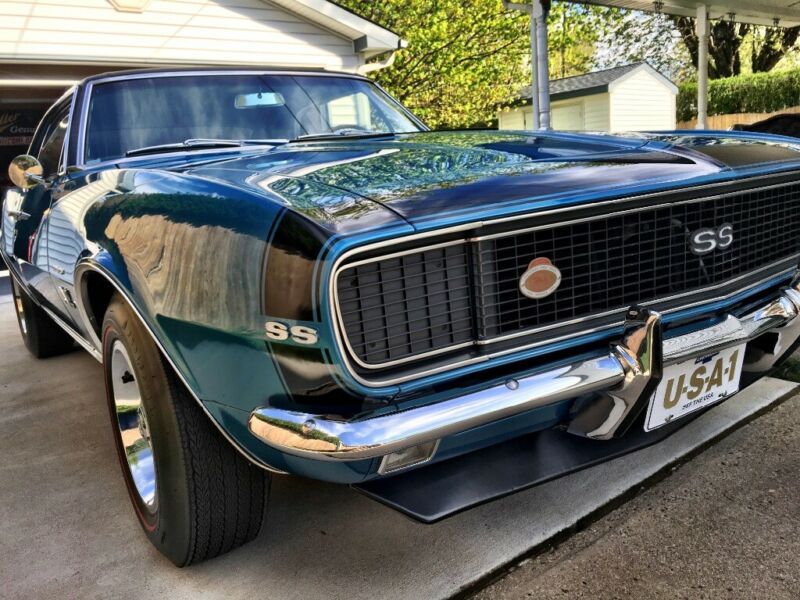 Here’s your chance to own American muscle 1967 true RSSS Camaro. original RSSS Camaro the original owner
transformed the RSSS 350 into an RSSS 396 everything is correct painstakingly re-create it for a big block clone.
The previous owner did it so correctly that it want to Concourse badge. The original color should be blue but the
original owner changed it to white bucket seats and white door panels it is a true deluxe interior car true for
speed through rear defogger through till wheel true trim package. The Camaro is completely and correct. The engine
was recently poured within a year no mileage has been put on it since then have the original distributor but put a
flamethrower distributor in it for better start. After the new engine Was put in the vehicle after it was started
the muffler broke at the seam. I have an OEM muffler still in the box I just have not driven the car in over two
years to put it back on. The exhaust manifolds are starting to get a haze of rust from sitting but everything else
is absolutely perfect. The Camaro starts right up and drives perfectly when I bought the car the only thing that
does not really work too well as the horn it does