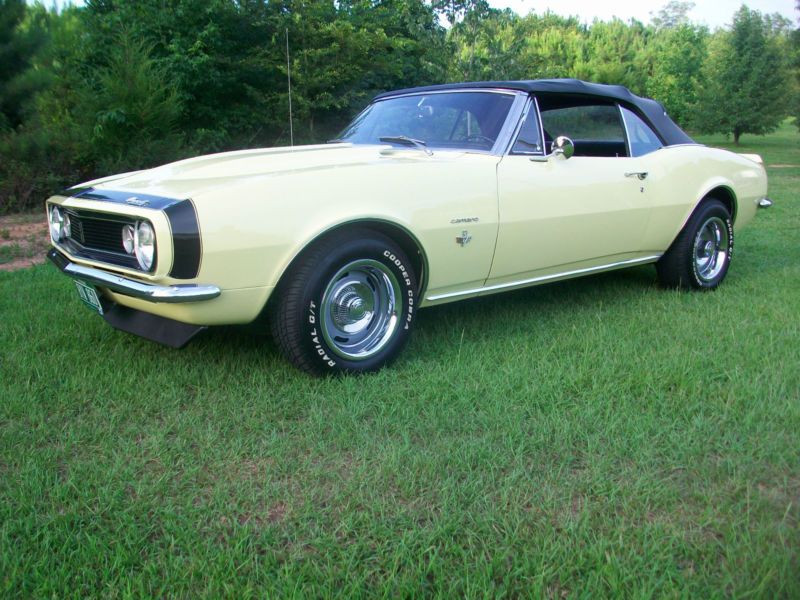 This is a fresh frame off restoration of a 1967 Camaro that is a numbers matching car with original 327, power
steering, and a powerglide transmission. It was painted with the original Butternut yellow color, with a base coat
clear coat paint job. The car only has about 200 miles on the restoration. It comes with the owners manual and
protect a plate.