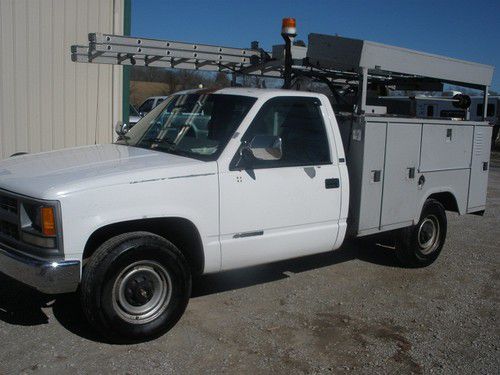 THIS IS A GREAT SERVICE TRUCK. I WOULD TRUST IT TO GO ANYWHERE.  IT DON'T USE ANY OIL AND IS SERVICE REGULAR. i JUST HAD NEW FRONT TIRES, BRAKES, AND A COMPLETE TUNE UP. IT HAS THE NORMAL WEAR ON IT.

THE ONLY REASON I AM SELLING IS I HAVE BOUGHT A NEWER ONE BUT WILL KEEP IT LOADED AND WORKING OUT OF IT TILL I SELL IT.

THANKS FOR LOOKING IF YOU HAVE ANY QUESTION EMAIL ME AND I WILL RETURN YOUR QUESTION ASAP.