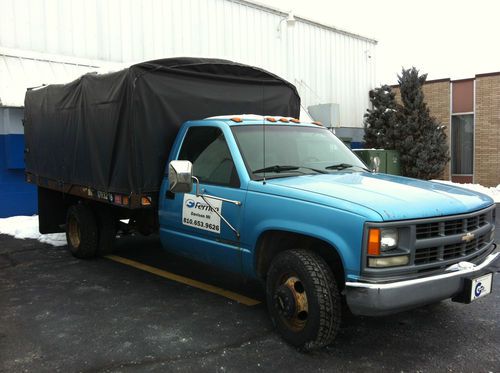 This Stake truck is being sold by a business and has duallies on the rear axle to help spread the weight and increase the trucks payload and towing capacity.