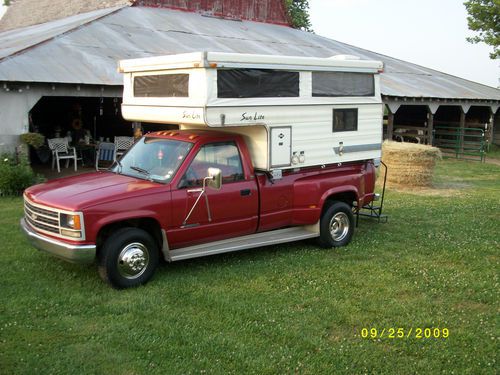 Known issues: Camper screens have a few tears in them, fix with duct tape.

We have had this truck for three years and have camped every summer and drove it approximately 600 miles a summer. Hate to sell it but bought a Class-A camper. This one has to go.

*Note: We bought the truck but never had the title put in our name. The title is a clear Indiana title but the buyer assumes responsibility for title and/or taxes according to your state.